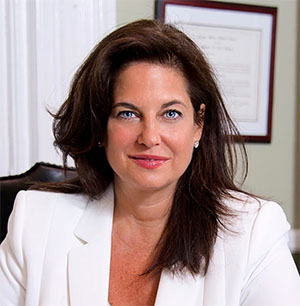 Susan Schroeder Clark has been practicing for over 24 years as a litigator. She is a former prosecutor, defense attorney, and is currently a municipal court judge.

She started her career advocating for victim’s rights in the prosecutor’s office trying over 70 jury trials, and hundreds of bench trials. Her unique trial and advocacy experience have prepared her for her passion for helping children and families at all levels.

Susan Clark began her career as a Monmouth County Assistant Prosecutor where she worked for over 12 years. Ms. Clark began her legal career in 1994 where she started in the Appellate section of the Prosecutor’s Office. Upon joining the Family section (Juvenile crime/Domestic violence) of the Prosecutor’s office in 1995, Ms. Clark handled hundreds of juvenile cases. Ms. Clark successfully represented the State at trial on many of these juvenile cases, as well as domestic violence restraining order violation cases and the often related weapons forfeiture cases before moving to the felony trial division.

After several years in the adult trial division before being promoted to the Sex Crimes/Child Abuse Unit in 1999. Ms. Clark was promoted to Deputy Trial Team Leader and then Trial Team Leader of one of the three felony trial units. As a team leader, Ms. Clark was responsible for supervising and training five other Assistant Prosecutors. The training included teaching trial techniques to the less experienced members of her team. She has attended Harvard Associates in Police Science for Homicide Investigation, Training Course for Narcotics Investigations – Top Gun, Child Abuse & Exploration, and Killer Cross-Examination Techniques. She received recognition for the International Association of Prosecutors in London in 2002. She was one of the first prosecutors in the State of New Jersey to civilly commit a serial sex offender for civil commitment after he maxed out on his State Prison sentence. For over 20 years, Susan Clark developed and perfected her trial skills while assisting the Prosecutor’s Office in training its young trial lawyers.

Ms. Clark left the Prosecutor’s Office in 2006 to stay home with her children and work as a part-time professor at Monmouth University. She taught both undergraduate and graduate classes in the area of Evidence and Criminal Procedure, and Advanced Criminal Justice.

In December of 2007, Ms. Clark started the law firm of Clark & Clark. She has successfully defended all types of criminal cases including homicide, death by auto, drug distribution and possession offenses, white-collar cases and all juvenile cases including matters in which juveniles are being tried as adults. She had handled numerous restraining order cases in Family Court. She has also defended criminal and traffic matters in municipal court.

Ms. Clark directed her passion for helping with families with children with special needs and suspensions and expulsion hearings. Ms. Clark is married and has two children. She aggressively represents families involving matters against school district. Special education law is her passion. She has been through the IEP process with both children before she became an advocate. She knows first-hand how overwhelming the process can be. She has immersed herself in the area of Special Needs Law and advocating for her clients’ rights. Whether it is attending an IEP meeting, filing an appeal for a Harassment, Intimidation or Bullying matter, or petitioning the Chancery Court for  guardianship, she works hard for her clients. If you are looking for an attorney who will pay extra special attention to your matter and fight for your rights then let her unique experience work for you. 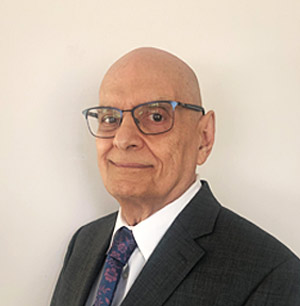 Our NJ Location To Meet You